UK-based esports organisation MnM Gaming has been paving the way for amateur and semi-professional players in the British esports scene since it was launched in 2014.

Since ESI’s last interview with the organisation in 2016, MnM Gaming has now grown into a more mature operation; even winning the ESL Premiership Spring Rainbow Six Siege finals in April. It followed that up by beating Team Vitality in Season 9 of the European Challenger League to secure a spot in the Rainbow Six Siege Pro League.

To better understand the development of esports organisations in the UK, we spoke toKalvin Chung, Managing Director of MnM Gaming.

Esports Insider: How has the grassroots esports scene in the UK changed since your last interview with ESI?

Kalvin Chung: 2016 was still a very early stage for UK esports. For example, we saw many League of Legends players go to Spanish, French, and Turkish regions due to they were more developed and funded regions. It was evident that there was talent in the UK but we lacked the infrastructure to appropriately develop and push talent forward. Over the years we have seen various developments in the UK esports scene such as gaming houses, offices, and more funding overall. In 2018, the UK also had more international recognition with British players Rory “dephh” Jackson and Owen “smooya” Butterfield reaching playoffs in the FACEIT CS:GO Major.

While all these have had a positive impact on the industry, there is still a void for players when coming into the UK esports scene. Esports is still a risk for many in the world and the UK is no exception. Many young and talented players would be deterred from the lack of a ‘path to pro’. Clear goals with the right financial and emotional support are what is needed in building the strong infrastructure for new players to come into space and growth to the best of their ability in a secure and stable environment.

“I believe that is a make or break point for the UK to catch up, develop, and proudly join the rest of the esports world“

I studied for a year at a University in Beijing and I always believe in improving myself with every adventure and experience I have. China was interesting for me as I explored Northern China’s culture, language, history and even their way of thinking. This has heavily influenced the style of content we do at MnM and expanding the way we approach content with different mindsets. China was also a test of making the most out of a difficult situation for me.

I applied what I learnt there in starting my first esports venture, MnM Gaming. I grew MnM with the mentality that it does not matter how few resources we had, but the efficiency at which we use our resources is what mattered. I do not currently operate in China in any capacity but I do think every esport industry in the world, including China, has room for improvement. I look to expand and work in China in the future to provide a service that will improve and expand the Chinese esports industry.

ESI: How does a grassroots esports organisation become more mature and established?

KC: The most important thing in my opinion is the vision. Without a clear vision or a goal, it is easy to never fully develop the club into what it could become. There are many ways to develop a brand/team/club and there are also many different types of brands. It is difficult for current grassroots teams to find their unique selling point and their brand identity. There is a vast amount of esports teams and it is important for managers to find their footing. My advice would be to be bold, open minded, daring to try new things, and willing to fail. 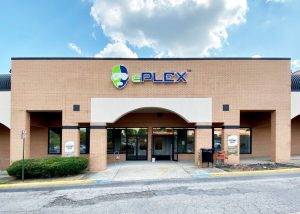 The exterior of the Magic City ePLEX virtual reality gaming facility in the Crestwood Festival Center in Birmingham near the Crestwood and Eastwood areas. The 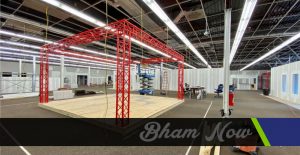 Attention gamers! Did you know Birmingham will be home to the Magic City ePLEX, the first dedicated Esports Arena in the Southeast? Here’s what you need